An introduction by André Garitte, curator, on the occasion of the 10th anniversary of the Museum

The idea to establish a museum for René Magritte, Belgium’s greatest painter and one of the most important surrealists in the world, dates back to 1983. That’s when I started trying to convince Georgette Magritte, the artist’s widow, to transform the last house in which he lived into a biographical museum. She hesitated, fancied herself more or less immortal, and so couldn’t imagine “people tread on her rugs” with her watching them. The friends around her (“every man for himself” seemed to be their motto) as well as the local authorities showed so to speak no interest in this museum. And so the project couldn’t be initiated. I considered this to be the biggest failure in my life.

In 1992, I discovered that one of the houses the couple used to live in, in Jette, still existed, though it was in a deplorable condition. It happened to be the most crucial building historically speaking because Magritte lived there from 1930 to 1954, i.e. much longer than in all his other lodgings together. This is where he painted about half of his work and where most of his masterpieces were produced. He  established a small advertising firm and had a studio built in the backyard (“Studio Dongo”). The house eventually became the Belgian surrealists’ headquarters. The painter and his friends met there on a weekly basis and organised all sorts of subversive activities. 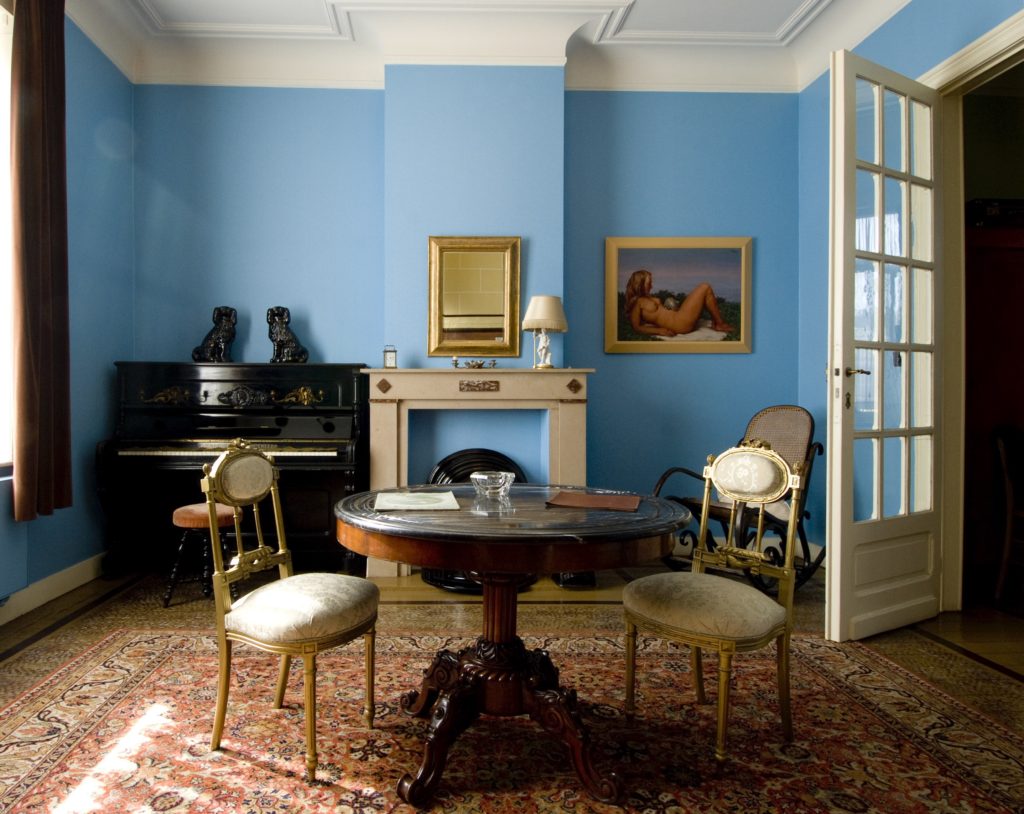 It took six years and a lot of zeal to restore the building, find furniture and personal objects, complete the collection with works and documents produced by Magritte and track down interesting witnesses. Concurrently, the main conservator of the Royal Museum of Fine Arts in Brussels who worked there at the time was offered to collaborate, but the plan was dropped. The museum openened on the 5th of June 1999, shortly after Magritte’s hundredth birthday. Since then it has subsisted thanks to the money paid by visitors. Public help is limited to the staff’s wages (the conservator works for free) as well as to an occasional sponsor. But the most difficult of all is the human factor. Finding sympathizers on the sideline is not too much of a problem. Finding longlasting collaborators for this project is much harder; i.e. motivated people who do not only carry out their jobs, but who also devote themselves to an ideal, people you can keep counting on.

Despite limited financial means, the collection was regularly increased over the last 10 years, with drawings by Magritte, an important painting on loan, original advertising bills and film posters, as well as furniture such as the piano, the aviary or the surrealist “Door-table”. Since 2006 yearly exhibitions on surrealist and abstract artists have also taken place. René Guiette (2006), ELT Mesens (2007) and Edmond van Dooren (2008) were indeed invited at the museum and an extramural exhibition was organised for Wout Hoeboer (2006). And what after those ten years? Future plans for the museum revolve around a strategic expansion through the acquisition of the hundred-year-old building next door, which has three floors and a garden cabin. Once renovated, this building should become the centre of the abstract art collection (1920s and 1950s-70s), also owned by our foundation and which counts about 600 works. The two houses would communicate, the link between the two parts being perfectly natural as Magritte himself was a cubist-abstract artist at the beginning of his career. This way, the museum would become a token of the most important trends in the modern art of the 2Oth century, i.e. surrealism and abstraction, with Magritte at summit level. 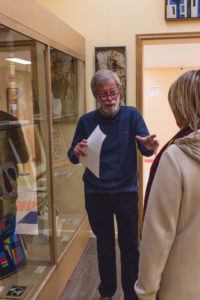